Should You Try IV Therapy? 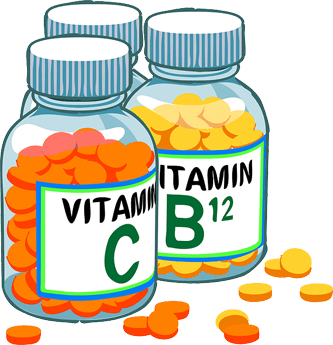 IV therapy has been used for decades in hospitals to treat a range of conditions, from dehydration to nutrient-absorption disorders, but it’s increasingly offered at independent clinics and through house call-type services that pledge to help people feel better without clogging already-burdened emergency departments. And, while it may be most buzzed about as a hangover cure in party cities like Las Vegas, New Orleans and Los Angeles, IV therapy is also given to people with migraines, fibromyalgia and chronic fatigue syndrome, as well as those who want a nutritional, athletic, energy, beauty or immunity boost.

“It works because if you look at vitamins and minerals, along with hormones and other chemicals in the body, these are the body’s building blocks; they’re our body’s natural pharmacy, and they’re used in numerous physiological pathways,” Dr. Jason Hartman, an osteopathic medicine physician who founded and directs RestoreIV in Philadelphia, says. “Those pathways get taxed, and that’s why [the therapy] is amenable to these numerous conditions.”

The contents of the drips vary depending on the patient’s aim, but many, including the popular Myers’ cocktail, contain magnesium, vitamin C, calcium and some B vitamins. The claim? By delivering a high concentration of vitamins and minerals straight to the bloodstream, the body can reap their benefits more effectively than popping pills, which aren’t entirely absorbed through the gastrointestinal tract.

For Kara, a 42-year-old in Delaware whose last name has been kept private, visiting RestoreIV about a year ago warded off the dizziness, fatigue and various stomach issues she’d been experiencing since undergoing bariatric surgery several years before. “I was just surprised at how it changed my ability to function in the world and to do my job because the lethargy really went away,” says Kara, who works for the headquarters of a large retail company in Philadelphia. Plus, the injections of magnesium, B-complex, vitamin B12, vitamin C and the antioxidant glutathion, which she now receives every other week, allow her to take just a couple oral supplements a day; before, she took 60 because her weight-loss surgery limited the amount of nutrients her body could absorb through food alone.

“Now I feel really positive about [the procedure],” she says. “There was a period there where I was questioning whether it was the right move.”

But IV therapy isn’t without drawbacks. Clinics vary in their motivations, methods and medical expertise, and the treatment, which can cost hundreds of dollars per session and is often paid for out-of-pocket, can be less sustainable and more costly than making a lifestyle change like eating a healthier diet, critics say. “I think it’s being promoted too much, and the profit potential is driving it,” says Dr. Ernest Brown, a family medicine physician in the District of Columbia who runs the house-call service Doctors to You.

More seriously, too-high doses of supplements can have severe health consequences. One study looking at oral supplements even found that taking more than the daily recommended amount of vitamins and minerals increased the risk for some cancers. “Anything in excess can be damaging to various organs and organ systems,” Hartman says. “Some ingredients are water-soluble and excreted when in excess, but even those can lead to symptoms at high doses.”

Then there’s the ethical question of promoting a treatment as an antidote for the consequences of binge drinking. “IV for hangovers, as a physician, is somewhat insulting because it’s an enabling service,” Brown says. “At the same time, people are still going to drink, and denying them the opportunity to get rehydrated [might be wrong too].”

Ultimately, knowledge is power when it comes to seeking IV therapy. Here’s what clinicians and IV therapy regulars say you should be aware of:

IV therapy isn’t safe for everyone. People with congestive heart failure, for example, should be cautious because excess fluids in the blood stream can further strain the body. People on certain medications or with some allergies may not be good candidates, either, Hartman says.

Also keep in mind that any time you puncture your skin – even during a standard blood test – there’s a risk of infection, he adds. A poorly delivered or placed IV needle can also lead to complications including infiltration (when the fluid gets into tissue), hematoma (when blood gets into tissue) and air embolism (when air bubbles get into veins, which can be deadly). As Brown puts it: “There are those who know how to do an IV well and those who don’t.” Since those who don’t can permanently damage your vein, be sure the clinician administering yours is a physician or nurse certified in delivering IVs, he suggests.

As someone who’s received IVs at six or seven clinics across the country, Dickens will be the first to tell you: “They are not all the same.” Some feel makeshift and unprofessional; the best have a clinical vibe. “When someone’s sticking something in your arm, you want that feeling of [security],”

Hartman says clinics can vary widely because they’re not tightly regulated. “Vitamin infusions have been around a while, but there’s kind of this resurgence right now, but with that, there aren’t a lot of protocols written,” he says, noting his center is working on changing that. To vet an IV clinic, Hartman suggests looking for one that takes a thorough medical evaluation before clearing you for the procedure. Clinicians should be good communicators and ask about your medical history, medications and allergies – and cater your treatment accordingly, he says. Choosing your own concoction without a physician’s supervision, Hartman adds, “can be dangerous.”

Brown’s advice: Always get an infusion on a drip, rather than a pump, which can be left unmonitored and deliver too much. “Don’t let somebody sit there and squeeze the bag,” he adds, “because they’re trying to get you in and out.”

Whether you’re visiting a clinic once to revive yourself after a wild night or scheduled there regularly to treat chronic pain, keep in mind that IV therapy, like any treatment, isn’t a cure-all. “Health and wellness is really a thoughtful, slow, methodical process,” Brown says, while he thinks IV therapy is more of a quick fix. “People don’t spend enough time to be patient with their health and be patient with their body.”

If you choose to try IV therapy, think of it as one puzzle piece – alongside good nutrition, regular exercise and sufficient sleep – toward good health, Hartman says. “The more pieces you can find that work for you,” he says, “the more you can create a whole picture.”